Animals in the City

Among the things I like about city living is that periodically you come across animals that aren't dogs or cats and you really wouldn't expect to see in a city.

For example these pigs on Digbeth High Street in 1903 (you can see the library and the Old Crown in the background): More contemporarily we have Angel and Muffin, the two famous alpacas who live at the vicarage in Winson Green: 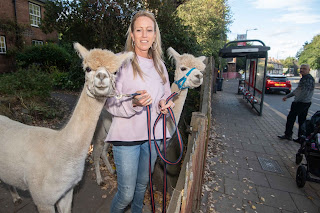 There have been deer: 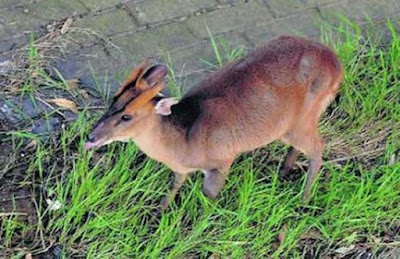 And in the past week a random sheep has been running round in an unidentified part of the city:

Now even I know that with the exception of the alpacas (who have a specific therapy role) these animals are mainly destined to be eaten. Even I know that lamb doesn't conveniently come in chops. The same reason explains the pigs and the sheep a century apart. It's an absolute jungle out there.

Email ThisBlogThis!Share to TwitterShare to FacebookShare to Pinterest
Labels: Sense of Place